The technology of the future has a lot to do with the applications and trends of technology today . These allow us to glimpse what is to come in the near future on which we are already working. The latest in technology today is the foundation upon which a new breakthrough will come tomorrow. The transformation that these advances will bring with them will not only be at the personal or work level, but will involve the whole of society. And for this you have to prepare.

The influence of technology on society is not new. At different times, technological advances have led to changes in societies. But perhaps there have never been such drastic transformations in such a short time as the one underway. And that will be seen more clearly when what is known today as the technology of the future becomes popular  .

The internet of things, 5G , artificial intelligence coupled with robotics , are just some of those technologies that are expected to transform the world. How and with what result remains to be seen. What does seem clear is that technology in society can be very positive if the technology of the future is put at the service of society and not vice versa. To prepare for this, there is already a debate on the best way to create smart cities. As well as using robotic labor without condemning human labor to precariousness.

5G and the technology of the future

The 5G and is part of the technology today although given its implementation and its potential still talk about it as a technology of the future. By 2025 , 15% of global connections are expected to be 5G. From there to full connectivity there will be few steps. The amount of devices that we can connect to it and each other and its impressive speed are the basis of a revolution at different levels that must be dealt with. 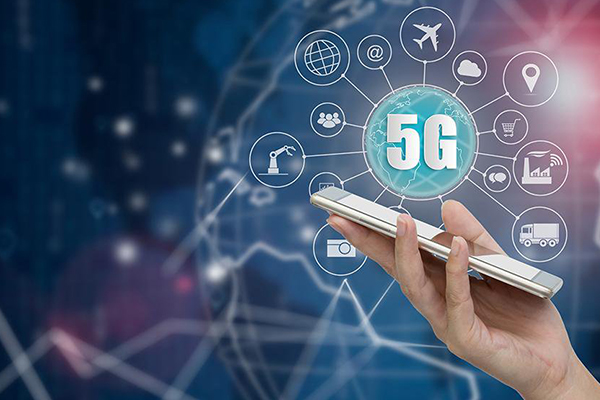 5G technology is expected to be a global connection by 2025

Today many of us connect our computer , mobile phone or tablet to the internet on a daily basis . Also home automation systems , private and public video surveillance cameras . And vehicles, toothbrushes, home appliances and many more in a few years will be connected to the internet. And they will be in more or less extensive networks facilitating life in different ways.

It is important to know that 5G will allow a speed about 100 times higher than that of current connections. This will allow its implementation and development to create smart cities , fairer societies and stronger economies. It is up to everyone to decide how to use the latest technology in a positive way and for the benefit of all.

Thanks to the union of 5G with other technologies such as robotics or artificial intelligence, society as a whole will be able to enjoy great advances. For instance? Cities with less crime and better air quality . And controlled traffic and increased road safety , for example. Or surgeons who operate remotely and save lives in the distance.

Do you need a tablet?

But also at the individual level , where the smart home will allow you to manage from a single device. And in the distance, the same is an intelligent vacuum cleaner as a cleaning robot or the heaters of your home, for example.

The influence of future technology in the workplace

One of the great fears that some people have about the advancement of technology today and in the future is how it will influence different work environments and the global economy . And how this will transform society. Some have an apocalyptic view of the subject and imagine a world of starving humans while robots and machines equipped with AI do their work. Others see it as a unique opportunity in history to improve people’s lives by achieving fairer societies with greater well-being and quality of life. 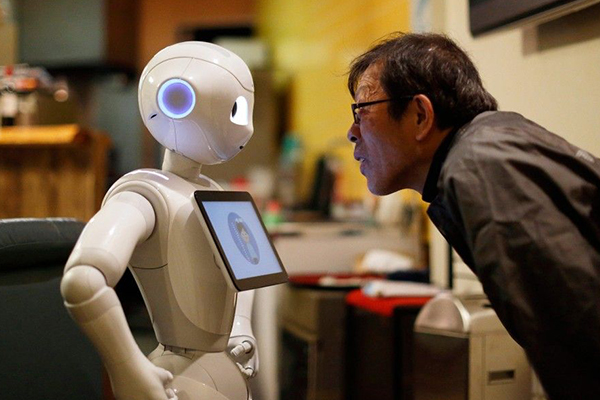 Artificial intelligence is one of the most advanced technologies today

In the past, technology has already transformed work in offices and factories. Today writing a text on a computer keyboard and getting many copies with a printer is common. And sending instant emails that another person can receive anywhere in the world with internet access only with a smartphone or iPhone is everyday. But it was unthinkable in the days of the typewriter, tracing paper, and mail-order missives.

But the drastic change expected in the future only seems comparable to that of the industrial revolution. Or even be far superior to him. The future of the global economy will depend on how it is faced , but above all, the future of society .

Authorized voices already request that robots pay a tax similar to those paid by a worker. And that these have an impact on universal incomes for humans, so that this does not suppose the wealth of a few at the expense of an impoverished global society with no signs of being able to improve their situation.

However, while it is true that the technology of the future will destroy many jobs , it is also true that it will create new ones. These will simply be different. Less mechanical and more creative . And it will also open up new business opportunities in different areas.

That is the great challenge of the technology of the future. That technology in society has a positive transformative influence. Greater well-being and quality of life, less work and personal uncertainty, healthier environments.

The smart city is not an unattainable utopia but something to start working on now to enjoy in the future. Large and medium-sized cities are already implementing actions that with the development of the technology of the future. And that will make them fairer, healthier and more livable spaces. 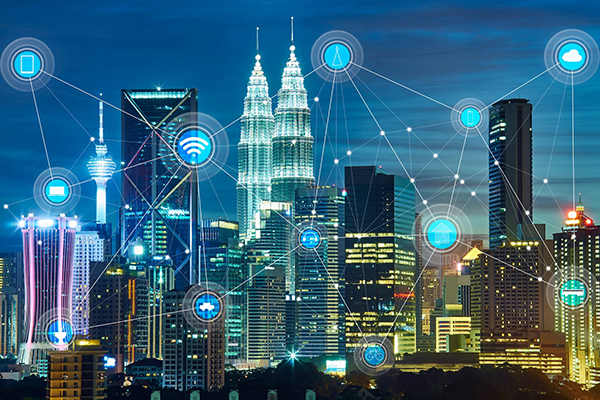 With technological advances , goodwill, the support of creative minds and clear objectives about what a smart city is at the service of citizens, the transformation of cities will take place.

And not just in big issues like lower energy costs or a city with less crime . Also in the care of people for their well-being and health. Reducing the dangers for people with reduced mobility, the elderly better cared for and less alone thanks to robotics, the 5G network and artificial intelligence, cleaner air to reduce diseases derived from pollution, will be some of these changes.

Today’s technology is already beginning to create more livable smart cities. And you’re laying the groundwork for faster implementation and deployment and reaching more people. Something that will have a seemingly utopian but real transformative effect .

The technology of the future will bring transformative changes. That is why it is interesting to prepare for them from now on. Not all changes depend on governments and large companies. Creativity, everyday uses and personal decision making can facilitate the positive transformation of societies.

What are bitcoin and other frequent questions about this cryptocurrency

What is computer expertise

Security trends in the Fintech industry